I’m now back home after supporting the homeless community of St. Helens during this very unprecedented time.

Under the very safe wings of Team Rubicon, I was part of Op:React which was set up to support during the Covid-19 crisis. I was asked to be team leader for a task which involved supporting both the Salvation Army and the YMCA homeless hostels. We were to provide backup support to the housing office. I was honoured to be able to become part of the fantastic work veterans around the UK are doing right now; we always still serve no matter what.

I turned up on the day after driving the 40 mins to the first venue to meet the team I would become part of, and strike team lead. I hadn’t any accommodation at this stage but believed I would find some. I guess some of you are thinking why I would need accommodation if I only live a 40 min drive away. However, at home is a very poorly niece who is still going through chemo during this horrid time. I cannot afford to bring any infection into the house never mind Covid-19. I was blessed to find accommodation at the Eccleston Arms.

I walked into what could only be described as a makeshift shop. They had set up an emergency supply of essentials, some of which had kindly been donated and some that the owner had purchased. These goods where being made available to all keyworkers and the vulnerable and some stock donated to the food banks which was brilliant. Also, any profits being made were being donated to the Steve Prescott Foundation. They had all sorts of provisions but also ready meals which had been cooked on site. It was humbling to see what they have, and still are doing for their community. Dan showed me to my room which stopped me in my tracks as I walked through, it was not as I expected, it was far better and they could not have been more helpful.

I attended the meeting at the YMCA and Salvation Army homeless hostels and I was surprised at the standard of the support they get. The YMCA in particular was very quite because the residents were respecting the social distancing rule. The Salvation Army weren’t so much but then on my second visit it was pleasing to see that this had now been put in place. It was very difficult to wear face masks when your talking to residents because it could be a barrier to communication but they where there, as was other PPE if required. The Eccleston Arms also very generously supplied us with gloves and face masks. The team gelled very quickly which was great and to be honest, its a veteran thing so not surprising. Comradery is a big thing in the military and veteran community and it never leaves you. Both the YMCA and the Salvation Army where pleased to have our support and stated they felt confident they would be supported if needed.

Following these meetings we had a little time on standby so I asked if I could support the Eccleston Arms volunteers with food deliveries and gathering in orders. I’m not one for sitting doing nothing, especially when the team there were all volunteering their time; so very kind of them. Paul Sculthorpe and Johnny Vegas also supported them by delivering vital PPE and food orders for those who are isolating. It was a massive team effort that I was pleased to put Team Rubicon’s name to. I will also look forward to a time when I am able to volunteer to become a grey shirt for the team who are doing such amazing things. 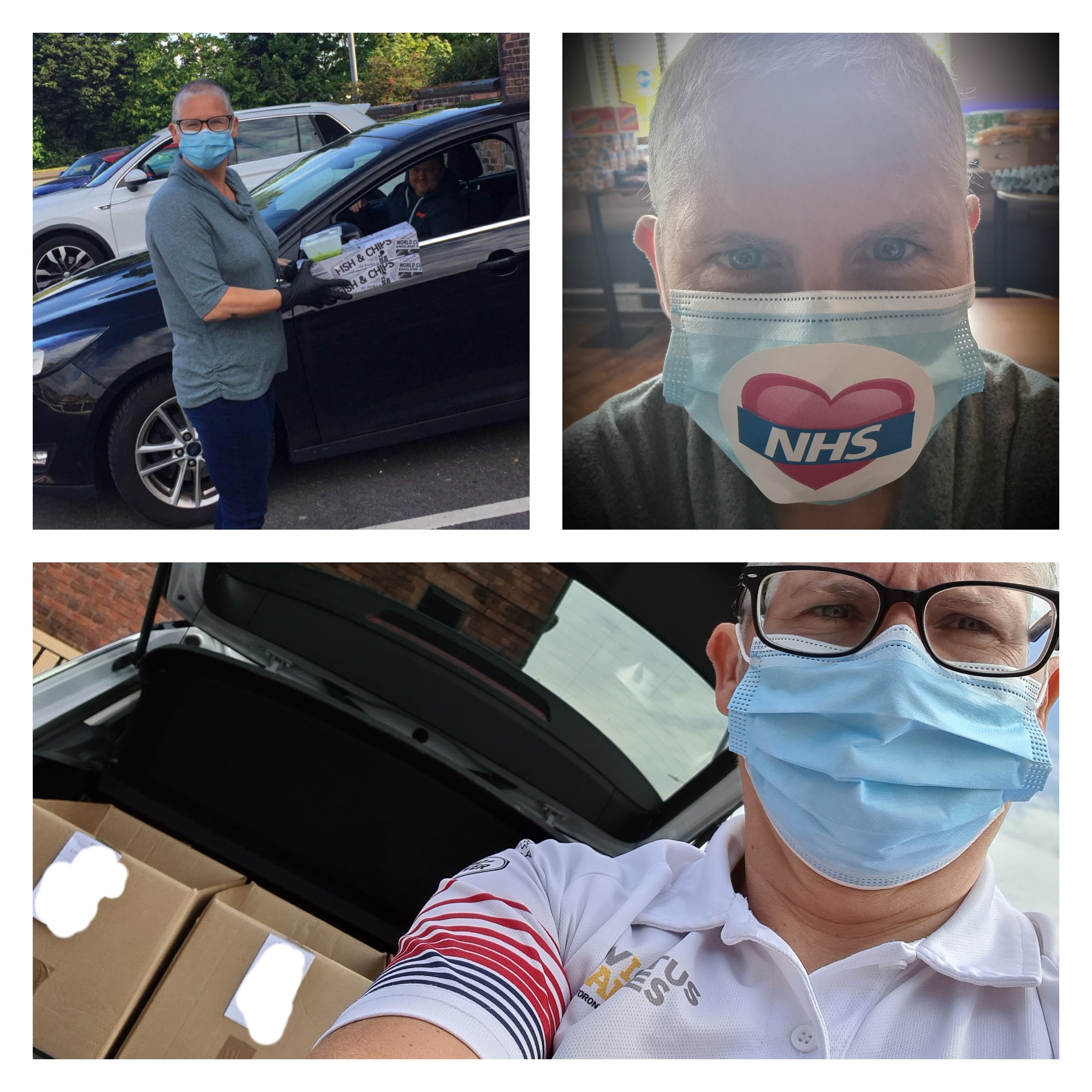 Now I am at home because my niece is recommencing chemo, has been admitted to hospital on various occasions with neutrophic sepsis and I cannot risk bringing anything back here. I would like to support with anything TR has if it is something I can do from home to support Op:React. Keep up the good work everyone who is doing fantastic things to support the NHS or their community in any way. To the NHS and ALL other keyworkers I would like to thank you for keeping us all safe.

For me personally I have had to stop all my face to face business delivery which has been difficult but I am not going to be negative about it. I am using the time wisely whilst at home, finishing my course assignments and my book hopefully! Also business planning and delivering training virtually which is a blessing.

Stay Home – Save Lives – Save the NHS

I left the RAF in 2015 following 20 years as a frontline paramedic. It has been an amazing career but then found myself suffering because of this. My blog exists as an outlet for me as well as a place for others to read and try to understand the mind of someone with PTSD. Please feel free to make comment on any post and lets raise some discussions on how we can help to end the stigma which surrounds mental illness. Thank you for taking the time to read this. Please follow and share in the hope my experience will help others.
View all posts by mitsanuk →
This entry was posted in Uncategorized. Bookmark the permalink.